‘The Kingkiller Chronicles’ is the next big thing

“My name is Kvothe. I have stolen princesses back from sleeping barrow kings. I burned down the town of Trebon. I have spent the night with Felurian and left with both my sanity and my life. I was expelled from the University at a younger age than most people are allowed in. I tread paths by moonlight that others fear to speak of during day. I have talked to Gods, loved women, and written songs that make the minstrels weep. You may have heard of me.”
– Kvothe, The Kingkiller’s Chronicles

It’s an epic trilogy of woven words in equal parts sorrow, adventure, laughter and wit. It’s a coming of age tale narrated by the protagonist of how one incident, one trigger, can turn a young man into a legend. 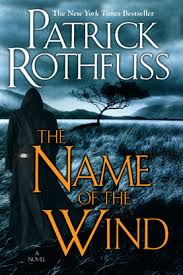 The first in the Kingkiller Chronicles, ‘The Name of the Wind’ by Patrick Rothfuss is an engaging adventure.

In my eyes, it’s the next A Song of Fire and Ice or Lord of the Rings – it’s a saga that will leave its mark in the literary world.

Patrick Rothfuss’ The Kingkiller Chronicles begins with The Name of the Wind, the first of three novels in which each novel takes place over a day.  The trilogy has Kote (the protagonist) narrate his own tale about how as a streetwise young man formerly known as Kvothe, his foremost goal was hunting down a mysterious group involved in the death of his family, to how he became a legend.

In brief, the captivating story begins in the rural town of Newarre where Kote the innkeeper and his assistant Bast are introduced. Here, it is revealed that Kote is also the hero of legends, Kvothe: an unequaled swordfighter, phenomenal magician, and genius musician with a silken voice. On a brief journey out of town, Kote saves a travelling scribe called Chronicler from a spider-like creature called a Scrael. When the Chronicler is brought back to Kote’s inn, he asks to record Kote’s story of which he is told will take three days.